Posted by Judiciary
in General News 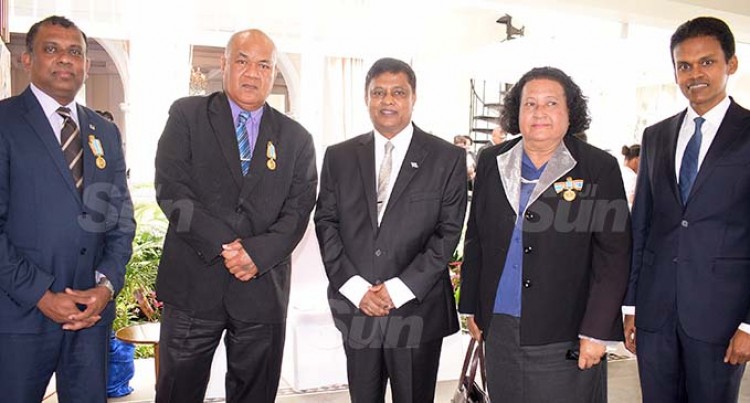 Justice Goundar said the medal was a kind gesture of appreciation by the State, and he felt honoured to be acknowledged for his role in serving country’s judiciary.

He said Fiji as a nation, had built a reputation of being a strong and resilient country.

“We continue to strive to build important institutions such as the judiciary so that the public’s confidence on the administration of justice is not lost, but advanced,” he said.

“There is no greater satisfaction than to be able to serve the public through an important arm of the State.”

In one of those rare moments, where judges make public statements, Justice Temo said their nominations and the medals were a result of hard work put in by everyone in the judiciary.

“This includes not only the judges, magistrates and legal counsels, but also the clerks, even the auxiliary staff,” Justice Temo said.

THIS IS WHAT THEY HAD TO SAY:

“I feel really happy to have been recognised. I feel that everything I have done, either business or sports, there has always been a divine intervention.

“We used to live in Toorak. I remember taking shortcuts through Suva Street, Holland Street to get to Albert Park.”

“It is always an honour when you are called for something like this. I have been a career Policeman and I served the nation with pride. I can recall October 10, 1970. I was a young Police officer based at the Totogo Police Station.”

“I feel very honoured. This is dedicated to all the former FEA workers and Energy Fiji Limited (EFL) workers, with whom I have worked for 35 years. It is their efforts and their work that brought FEA or EFL to where it is now.”

“A lot of people have contributed in one way or another to the development of Fiji and in a small way, I may have done my part. So it is nice to be recognised.”

Sorry, the comment form is closed at this time.